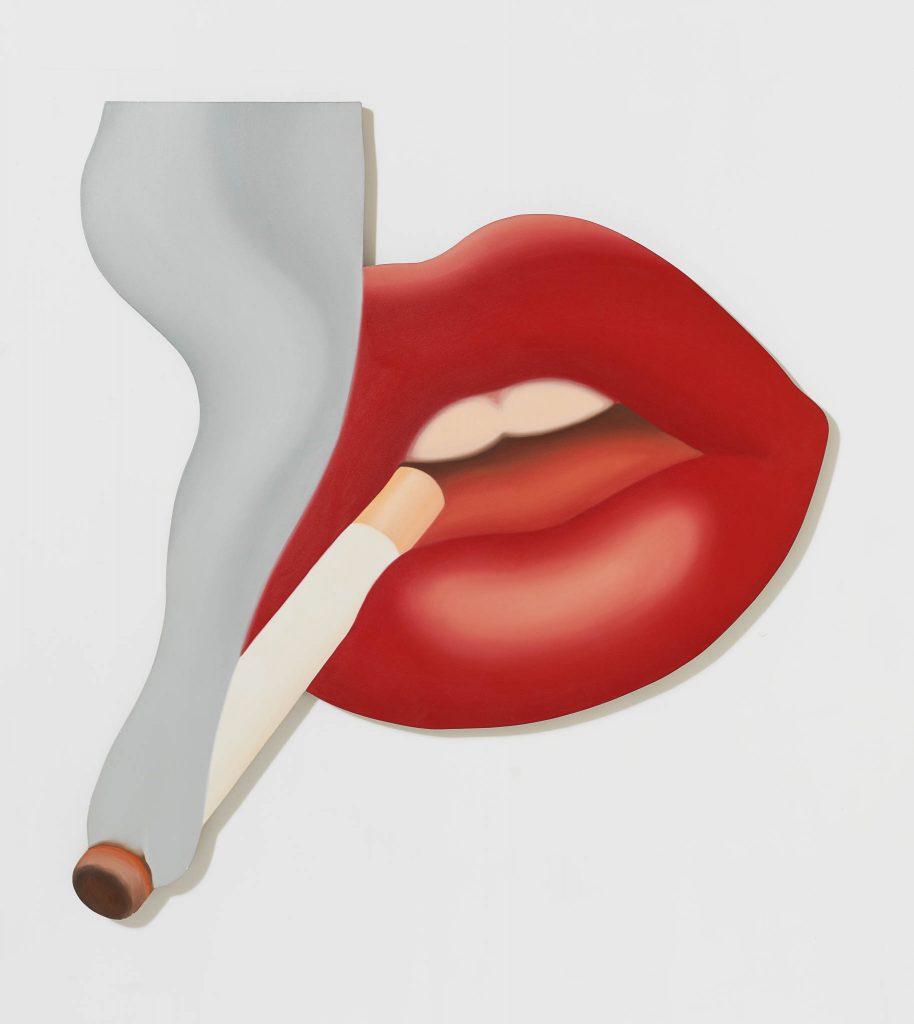 In October 2016, Almine Rech Gallery will host an exhibition of historical artworks by Tom Wesselmann, inspired by the artist’s 1970 exhibition at Sidney Janis Gallery in New York. Wesselmann’s ‘Bedroom Tit Box’, a key performative work from the Janis exhibition, will be restaged in Paris for the first time. The work will be installed alongside seminal examples of Wesselmann’s post-collage works, making the exhibition at Almine Rech the most significant presentation of the artist’s work in Paris since his 1994 retrospective at the Fondation Cartier, and groundbreaking 1967 exhibition at Illeana Sonnabend Gallery.

The exhibition is being organized in partnership and with the collaboration of the Estate of Tom Wesselmann.

Tom Wesselmann was born in Cincinnati, Ohio, on February 23, 1931. He attended Hiram College in Ohio from 1949 to 1951 before entering the University of Cincinnati. In 1953, his studies were interrupted by a two-year enlistment in the army, during which time he began drawing cartoons. He returned to the university in 1954 and received a bachelor’s degree in psychology in 1956. During this time, he decided to pursue a career in cartooning and so enrolled at the Art Academy of Cincinnati. After graduation he moved to New York City, where he was accepted into the Cooper Union and where his focus shifted dramatically to fine art. He received his diploma in 1959.

Wesselmann became one of the leading American Pop artists of the 1960s, rejecting abstract expressionism in favor of the classical representations of the nude, still life, and landscape. He created collages and assemblages incorporating everyday objects and advertising ephemera in an effort to make images as powerful as the abstract expressionism he admired. He is perhaps best known for his great ‘American Nude’ series with their sensuous forms and intense colors. In the 1970s, Wesselmann continued to explore the ideas and media which had preoccupied him during the 1960s. Most significantly, his large ‘Standing Still Life’ series, composed of free standing shaped canvases, showed small intimate objects on a grand scale.

In 1980, Wesselmann now using the pseudonym Slim Stealingworth, wrote an autobiography documenting the evolution of his artistic work. He continued exploring shaped canvases (first exhibited in the 1960s) and began creating his first works in metal. He instigated the development of a laser-cutting application, which would allow him to make a faithful translation of his drawings in cut-out metal. In the 1990s and early 2000s, the artist expanded these themes, creating abstract three dimensional images that he described as “going back to what I had desperately been aiming for in 1959.” He had indeed come full circle. In his final years, he returned to the female form in his ‘Sunset Nudes’ series of oil paintings on canvas, whose bold compositions, abstract imagery, and sanguine moods often recall the odalisques of Henri Matisse.

– The Estate of Tom Wesselmann

About the ‘Bedroom Tit Box‘:

Wesselmann finally decided to make the live nude work he had long planned, in time for his show with Sidney Janis in 1970. But by 1969, nudity had suddenly become such a publicized theatrical and movie phenomenon that he lost his appetite for the project. As a gesture to the idea and consistent with the ‘Bedroom Paintings’ he was then working on, he decided to use only a part of the body. Studies began for a ‘Bedroom Tit Box’. The starting point to this piece was when he met a woman whose breasts were just the right size and shape he had in mind for the part, so he drew her and began studies for the box, which came to contain fully dimensioned painted objects, a wooden vase, ashtray, orange, lotion bottle, and box of tissues—all executed by his carpenter—as well as a wooden cigarette, two plastic roses, and a real light switch. The box containing this set had a plexi front and was placed into and behind a wall panel, with the real woman reclining unseen on a sponge-rubber covered scaffold behind the wall. Her breast dropped down into a hole in the roof of the box. The breast was as sedate as the wooden elements. It could have been cast in silicone or epoxy, since it is difficult to tell whether it is real or not. The fact that it is real does make a slight difference, however, and this slight difference became important. In the live full nude piece that had been planned, Wesselmann intended to have the woman relaxed and free to move but he wanted to avoid the sensational aspects inherent to the work, so the nude would be equally difficult to discern immediately as real.

In the ‘Bedroom Tit Box’, the breast is a straightforward, unprovoking presentation. When the work was shown in London, out of the artist’s control, the model did some clowning around, such as talking back to the viewers’ comments; and Wesselmann felt the work in that light descended into an amusement object, rather than what it is — a sober and very beautiful work. The ‘Bedroom Tit Box’, in its realness and internal scale (the scale rela-tionships between the elements), represents the basic idea of the ‘Bedroom Paintings’.