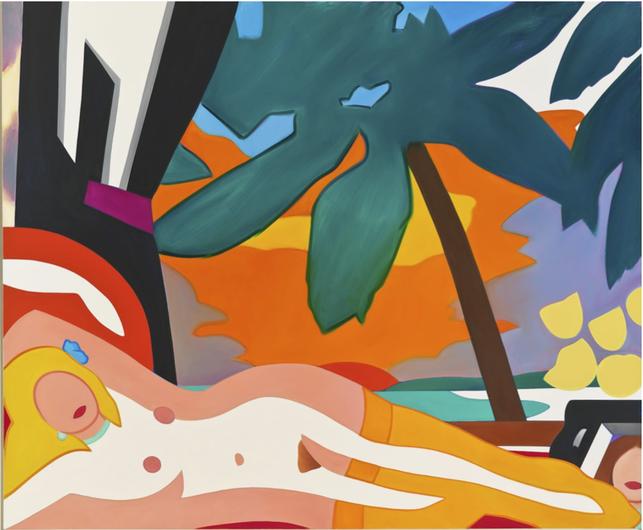 “With this important exhibition, we hope to show how Wesselmann has filtered the canonical subjects of art—still life, the nude and the landscape—through a unique and personal lens using the media and technical innovation of the sixties, seventies and eighties, offering new possibilities for painting.”

NEW YORK, September 11, 2015 – Mitchell-Innes & Nash announces the first major painting retrospective of Tom Wesselmann in New York since the artist’s death in 2004. Organized in partnership with the Tom Wesselmann Estate, the exhibition examines Wesselmann’s role as the great innovator of the American Pop generation and will include a dozen significant works spanning the artist’s career from 1961-2004. The exhibition will be on view at Mitchell-Innes & Nash from April 21 through May 28, 2016.

Tom Wesselmann is one of the leading figures of Pop Art. He is best known for his careerspanning series, “Great American Nude,” which featured female figures in intensely saturated interiors. Wesselmann used collage, assemblage and shaped canvases to usher in a new vocabulary of painting.

The works in the exhibition highlight a number of techniques that Wesselmann pioneered and are largely unseen among his Pop contemporaries. In an interior still life from 1964, Wesselmann incorporates a functional fan and a clock into the canvas, pushing the boundaries of collage and assemblage in a sly nod to the notion of the ‘represented’ object. Collages from the 1960s feature cut-outs from advertising billboards. Also included in the show are Wesselmann’s steel-cut works (a technique he helped develop), molded plastic paintings (a technique borrowed from commercial signage and used here in the context of fine art for the first time), and his iconic shaped canvases. A large-scale painting installation will also be featured, underscoring Wesselmann’s highly innovative approach in bringing the medium into three-dimensions. From his Great American Nude of 1961 to his final Sunset Nudes of 2004, the full breadth of Wesselmann’s interests will be on view.

Mitchell-Innes & Nash will publish an illustrated catalogue in conjunction with the exhibition, which will feature an essay by art historian and writer Michael Lobel.