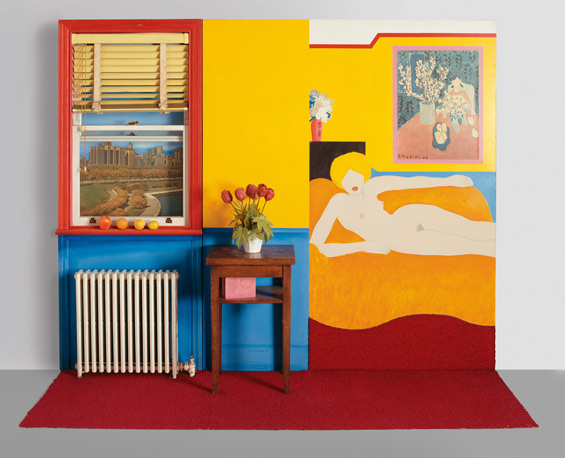 The Estate of Tom Wesselmann, Almine Rech, and Gagosian are pleased to announce the forthcoming publication of Tom Wesselmann: The Great American Nudes. Edited by Susan Davidson, the monograph will be the first comprehensive publication dedicated to Wesselmann’s most famous body of work. The Great American Nude series is comprised of one hundred numbered works, made between 1961 and 1973. The range of materials employed in their creation closely mirrors the artist’s overall trajectory during this twelve-year period, from works composed primarily with collage elements, to fully hand-painted shaped canvases, to three-dimensional works made of molded, painted Plexiglas. The book will include full color reproductions of each artwork, as well as related drawings, studies, and relevant works from an associated series, the Little Great American Nudes. Texts will include an essay by Susan Davidson, discussing the full depth and breadth of the series in the context of 1960s American art and culture, and an illustrated chronology by Lauren Mahony.

As an art historian and curator, Susan Davidson is an authority in the fields of Surrealism, Abstract Expressionism, and Pop Art. Currently, her research is focused on the career of the late Tom Wesselmann. The artist’s estate has commissioned Ms. Davidson to examine Wesselmann’s Great American Nude series for this monograph. In 2019, she contributed the catalogue essay, Opposites Attract: The Parallel Course of Tom Wesselmann’s Last Decade, to Almine Rech Gallery’s London exhibition.

Ms. Davidson also is an accomplished museum professional with over thirty years of experience at two distinguished institutions: The Menil Collection, Houston, where she began her career in 1985, advancing to Collections Curator, and at the Solomon R. Guggenheim Museum, New York, and its constellation of museums, where she was Senior Curator of Collections & Exhibitions from 2002 through 2017. At each museum, Ms. Davidson oversaw the stewardship of the institution’s collection, contributing to its scholarly mission and demonstrating a keen interest in issues of conservation. Among her notable presentations for the Guggenheim were: Jackson Pollock: Exploring Alchemy (2017); Robert Motherwell: The Early Collages (2014); John Chamberlain: Choices (2012); Robert Rauschenberg: Gluts (2010); No Limits, Just Edges: Jackson Pollock’s Paintings on Paper (2005); and Peggy Guggenheim and Frederick Kiesler: The Story of Art of This Century (2004). While at the Menil Collection, her important exhibitions included: Victor Brauner: Surrealist Hieroglyphs (2001); Yves Tanguy Retrospective (2001); Joseph Cornell/Marcel Duchamp. . .in resonance (1998-99); and Robert Rauschenberg: A Retrospective (co-organized with the Guggenheim, 1997-99).