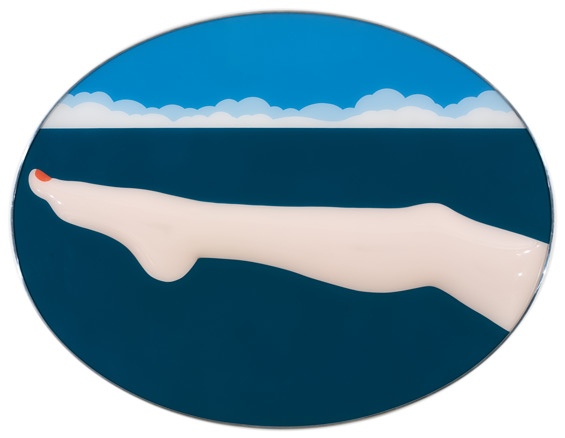 Taking its title from Stendhal’s celebrated claim that, “La beauté n’est que la promesse du bonheur,” (Beauty is but the promise of happiness), this focused survey will be dedicated to a number of very specific aspects of Tom Wesselmann’s production. These aspects include Victorian and post-Victorian sexuality, questions of female agency, their relationship to postwar economic abundance, and of course, the relationship of beauty as well as the erotic to anticipation. Concentrating on the artist’s portrayal of woman, which has been known to draw ire for its alleged objectifcation, this exhibition argues for a much more nuanced understanding of Wesselmann’s rapport with the female subject. Indeed, with this survey, a certain sense of female agency will become apparent, which in itself is symptomatic of a crucial historical shift from Victorian repression to the abundance associated with postwar American consumerism, as both described and quite literally embodied in Wesselmann’s work. Long considered one of the key American Pop artists as well as one of its great formal innovators, Wesselmann’s special critical contribution to the movement has been a source of debate for decades. This survey intends to clarify this debate, locating his prodigious and penetrating contribution in the taboo subject of sexuality, portrayals thereof, and its indissociable link to the boundless promise conveyed by the cultural, material and economic bounty of postwar American society.